Geoffrey Hinton, an English Canadian cognitive psychologist and computer scientist, works for Google, as a Vice President and Engineering Fellow, the University of Toronto, as an Emeritus Distinguished Professor and the Vector Institute, as Chief Scientific Adviser.

He’s made this list, as he’s often referred to as the “Godfather of Deep Learning”. He was one of the first researchers in the field of neural networks after receiving his PhD in Artificial Intelligence in 1978. Hinton was one of the researchers who introduced the backpropagation algorithm and the first to use backpropagation for learning word embeddings. His other contributions to neural network research include Boltzmann machines, distributed representations, time-delay neural nets, mixtures of experts, variational learning and deep learning.  His research group in Toronto made significant breakthroughs in deep learning that revolutionised speech recognition and object classification.

He aims to discover a learning procedure that is efficient at finding complex structure in large, high-dimensional datasets and to show that this is how the brain learns to see.

Ian Goodfellow is a research scientist at Google Brain who’s played a significant role in the field of deep learning. He’s best known for inventing GANs (Generative Adversarial Networks), and he’s also the author of a textbook Deep Learning.

He studied computer science at Stanford and got his PhD in machine learning from the Université de Montréal (supervised by Yoshua Bengio, who will be discussed later). At Google, he developed a system enabling Google Maps to automatically transcribe addresses from photos taken by Street View cars and demonstrated security vulnerabilities of machine learning systems. His research interests include most deep learning topics, especially generative models and machine learning security and privacy.

He was named as one of the 35 Innovators under 35 by the MIT Technology Review in 2017.

Andrew Ng, a Chinese English computer scientist and entrepreneur, co-founded and led Google Brain, was a former Vice President and Chief Scientist at Baidu, is an adjunct professor at Stanford University and is a co-founder of Coursera (along with Daphne Koller, who is on the list as well).

After studying computer science at Carnegie Mellon, Ng earned his master’s from Massachusetts and PhD from Berkeley. On top of his contributions at Google, Baidu, Stanford and Coursera, he’s also launched deeplearning.ai, an online curriculum of classes, and laning.ai, which brings AI to manufacturing factories. Most recently, Ng has announced the AI Fund, raising $175 million to invest in new start-ups. He’s also the chairman of Woebot and on the board of drive.ai. He distributes his book Machine Learning Yearning, a practical guide for those interested in machine learning, for free.

David Kenny is the Senior Vice President of IBM's Watson & Cloud platform. He was formerly the CEO of The Weather Company, which was acquired by IBM in 2016. He received his MBA from the Harvard School of Business.

While not a computer science, like the others on this list, he’s nevertheless one to watch in machine learning. As the leader of IBM’s Watson, he’s the one who’ll be bringing the machine learning an AI to market and ensuring the business applications are useful. His mission is to bring the world’s most advanced enterprise artificial intelligence capabilities to industry and domain applications.  He oversees IBM’s AI platform and portfolio across multiple areas including health, security, talent, Internet of Things, engagement, and works to identify new areas of growth.

Daphne Koller, an Israeli-American, is an Adjunct Professor of Computer Science at Stanford University and a MacArthur Fellowship recipient.

Along with Andrew Ng, she's one of the co-founders of Coursera and served first as co-CEO and then as President. Her research focusses on artificial intelligence and its applications in the biomedical sciences.

Along with Dr Anna Penn of Stanford University, Koller developed PhysiScore, which uses various data elements to predict whether premature babies are likely to have health issues. After leaving Coursera, she joined Calico, a research and development biotech company backed by Google with the goal of combating ageing and associated diseases, as their Chief Computing Officer. She recently left Calico to start Insitro, a drug discovery startup, where she is now CEO.

Daphne Koller received her bachelor’s degree and her master’s degree from the Hebrew University of Jerusalem. She was recognised for her contributions to online education by being named one of Newsweek's 10 Most Important People in 2010, Time magazine's 100 Most Influential People in 2012, and Fast Company's Most Creative People in 2014.

Yoshua Bengio is a Canadian computer scientist, most known for his work on artificial neural networks and deep learning.

Along with Geoffrey Hinton and Yann Lecun, Bengio is considered one of the three people most responsible for the advancement of deep learning during the 1990s and 2000s. He received his Bachelor of Engineering, Master of Science and PhD in Computer Science from McGill University. He is a faculty member at the Université de Montréal, heads up the Montreal Institute for Learning Algorithms and is co-director of the Learning in Machine & Brain project of the Canadian Institute for Advanced Research.

Bengio also co-founded Element AI, a Montreal-based business incubator that seeks to transform AI research into real-world business applications. He holds a Canada Research Chair in Statistical Learning Algorithms, is Officer of the Order of Canada, recipient of the Marie-Victorin Quebec Prize 2017 and a Fellow of the Royal Society of Canada. His goal is to contribute to uncovering the principles giving rise to intelligence through learning, as well as favour the development of AI for the benefit of all.

Ilya Sutskever is a computer scientist specialising in machine learning and currently the Research Director of OpenAI, which he co-founded. He is a co-inventor of AlexNet, AlphaGo, TensorFlow, and Sequence to Sequence Learning.

He obtained his BSc, MSc and PhD in Computer Science from the University of Toronto under Geoffrey Hinton, after which he spent time as a postdoc with Andrew Ng at Stanford. He then returned to Toronto to co-found DNNResearch with Hinton, which was acquired by Google shortly after being created. Sutskever went to work for Google Brain as a research scientist. He recently left Google to start the OpenAI institute. He’s been named as one of the 35 Innovators under 35 by MIT Technology Review in 2015, and he was the keynote speaker at NVIDIA NTECH 2018 and AI Frontiers Conference 2018.

Andrej Karpathy is Director of AI and Autopilot Vision at Tesla. Before Tesla, he was a Research Scientist at OpenAI, working on Deep Learning in Computer Vision, Generative Modeling and Reinforcement Learning.

Karpathy received his BSc from Toronto, his MSc from the University of British Colombia and his PhD from Stanford, where he worked with Fei-Fei Li on convolutional/Recurrent Neural Network architectures and their applications in Computer Vision, Natural Language Processing and their intersection. During his PhD, he also did two internships at Google, where he worked on large-scale feature learning over YouTube videos, and in 2015 he interned at DeepMind and worked on Deep Reinforcement Learning. Together with Fei-Fei, he designed and taught a new Stanford class on Convolutional Neural Networks for Visual Recognition.

Yann LeCun, a French Computer Scientist, graduated from the Pierre and Marie Curie University with a PhD in Computer Science during which he proposed an early form of the back-propagation learning algorithm for neural networks leading to him being considered one of the founding fathers of convolution nets. After graduating, he joined Geoffrey Hinton as a postdoctoral research associate in Toronto. He is well-known for developing many new machine learning methods, such as a biologically inspired model of image recognition called Convolutional Neural Networks, the "Optimal Brain Damage" regularisation methods, and the Graph Transformer Networks method (similar to the conditional random field), which he applied to handwriting recognition and OCR. The bank check recognition system that he helped develop was widely deployed by NCR and other companies, reading over 10% of all the checks in the US in the late 1990s and early 2000s.

He's also one of the primary creators of DjVu image compression technology, used by many websites, notably the Internet Archive, to distribute scanned documents.

LeCun joined the New York University in 2003, where he has worked primarily on Energy-Based Models for supervised and unsupervised learning, feature learning for object recognition in Computer Vision, and mobile robotics, and where he became the founding director of the NYU centre for data science.

In 2013, LeCun became the first director of Facebook AI Research. LeCun is a member of the US National Academy of Engineering, the recipient of the 2014 IEEE Neural Network Pioneer Award and the 2015 PAMI Distinguished Researcher Award.

Nando de Freitas is a Zimbabwean born Computer Scientist and a Professor at the University of Oxford. After completing his BSc and MSc at the University of Witwatersrand, he completed his PhD at Trinity College in Cambridge. He was a Professor at the University of British Colombia, before joining the Department of Computer Science at the University of Oxford, and also works of Google’s DeepMind. His goal is to develop new ideas, algorithms and mathematical models to extend the frontiers of science and technology to improve the quality of life of humans and their environment. His is also a search for knowledge and a desire to understand how brains work and intelligence in general. De Freitas is a Fellow of the Canadian Institute for Advanced Research and has been awarded the Charles A. McDowell Award for Excellence in Research. 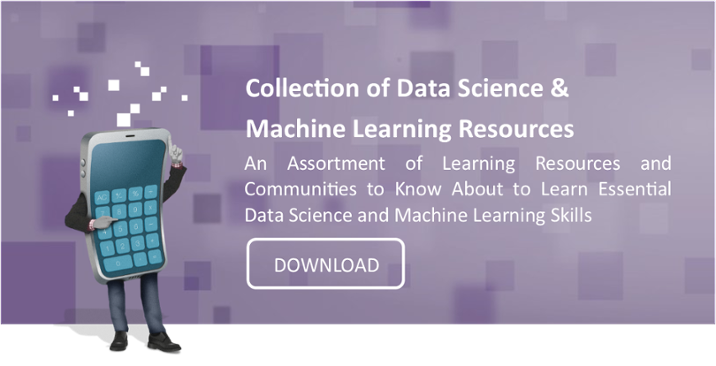 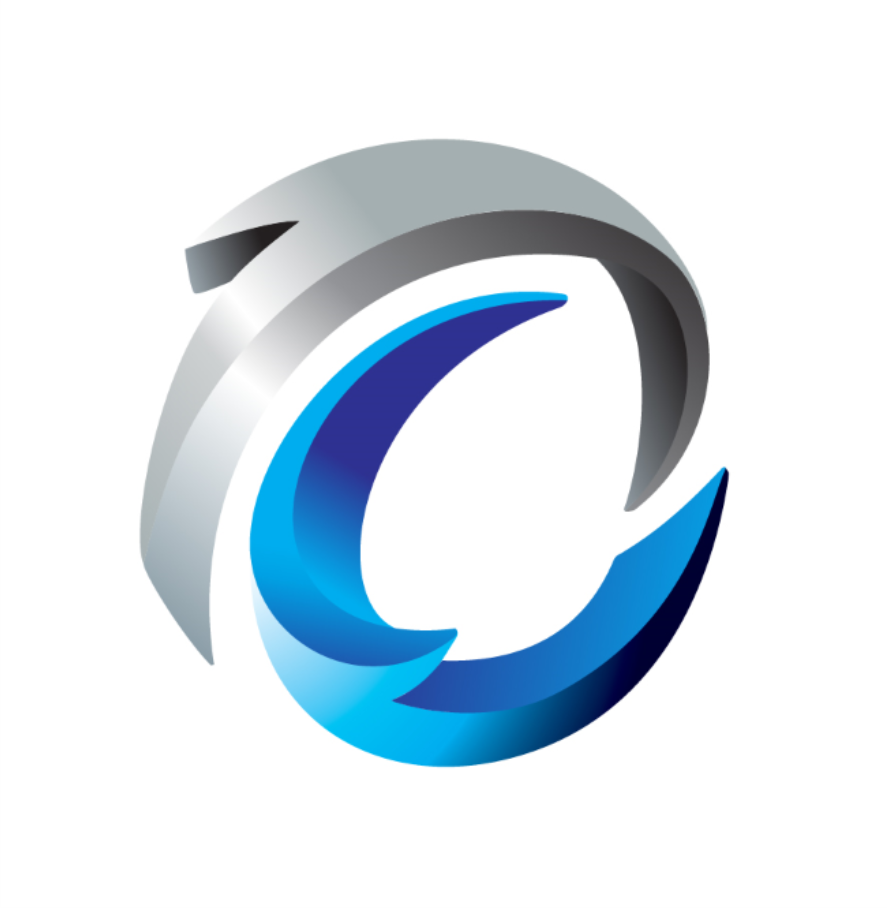 2021: Pursuing the pockets of profit

During the COVID-19 crisis, the media has focused much on the weak economy and stressed South African consumers. Figures show an increase in unemployment and for those lucky to be employed, many suffered decreased earnings through salary cuts. All this points to a highly strained economic environment.

Are we entering a mortgage provision spiral?