How Will The 4th Industrial Revolution Impact Jobs, Equality & Africa?

How Will The 4th Industrial Revolution Impact Jobs, Equality & Africa?

“We must develop a comprehensive and globally shared view of how technology is affecting our lives and reshaping our economic, social, cultural, and human environments. There has never been a time of greater promise, or greater peril.” - Klaus Schwab, Founder and Executive Chairman, World Economic Forum (Click to Tweet!)

Read our blog What does the Fourth Industrial Revolution mean for your business?

The easiest to predict, and most widely discussed impact of the fourth industrial revolution, is its potential to increase unemployment. Previous industrial revolutions destroyed jobs, but also created new jobs and industries. With the fourth, while jobs are being destroyed, there is already evidence that the established sectors are not creating enough jobs to fill the gap. (Click to Tweet!)

It's also become clear that while most of the jobs lost require lower-skilled physical or administrative back-office work, the jobs created are primarily for highly-skilled technology workers. Talent development and up-skilling are going to be ever-increasingly critical, especially to those working in industries most prone to automation by new technologies, older and lower-income cohorts. (Click to Tweet!)

While all revolutions are by nature disruptive, the fourth holds the power to create whole new industries or sectors while totally destroying others. (Click to Tweet!) As a result of the agnostic nature of digital products and services born out of this revolution one may find that even if a disruptive product or service’s impact is net neutral on jobs lost or created, the jobs created may be concentrated in the country of origin – in most cases highly developed or technologically mature and geographically far removed from the country of consumption. Consider the impact of navigation apps such as Google Maps or Waze on the local road-map printing industry.

On the other hand, while the technology that enables the disruption may be advanced, the opportunities created in country by the disruption may be conventional but now simply technology enabled. Think about what Uber has done to the South African Metred Taxi industry by empowering thousands of previously unemployed or otherwise employed lower skilled workers. These Uber drivers are now each mini business owners in their own right and while it may be the metred taxi drivers who are most vocal regarding the impact of the disruption it is probably the car rental agencies that are bearing the true commercial brunt of this disruption.

These changes will have knock-on effects (positive and negative), as we will see not only an increase in the class divide but also experience effects in gender balance. Many sectors that require manual labour or repetitive administrative tasks are prone to robotic automation – whether in its mechanical or software form or a combination of both.  This will spike unemployment particularly under males (in the manual labour sector) but also in female-dominated industries like call-centres, retail and administration. Ironically, the increased roll-out and adoption of AI driven self-service technologies and bots may create an increased demand for specialised “human to human” customer service channels and interactions.

When it comes to more senior positions, automation looks to accelerate the levelling of the playing field. Many women often have to choose between career and family, but if automation can ease the burden of household work or caregiving, and with the growth of the digitally connected “virtual office” this might not have to be a choice for much longer. (Click to Tweet!) The fourth industrial revolution could make it easier for parents to take on both career and family and as the demand for knowledge workers grows this will no doubt mean a shift in gender representation in many companies, across all levels. (Click to Tweet!)

On the outer end of the spectrum, from a gender equality perspective, some of the new bio-mechanical inventions holds the potential to further level the playing field. Imagine the impact of robotic exoskeletons in negating any physical advantages men had over women in jobs previously dominated by men e.g. military. (Click to Tweet!) Ford has recently introduced the use of exoskeletons at their Michigan assembly plant to reduce fatigue and injury by mechanically supporting assembly line workers. While these exoskeletons are currently purely mechanical, the evolutionary path is clear.

When it comes to Third World countries, is this industrial revolution significant? In many parts of the world, including African nations, the previous industrial revolutions have yet to make a significant appearance. (Click to Tweet!) That does not mean those areas won’t be affected by new technologies, though. In 2013, the UN showed that more people globally have a mobile phone than have access to basic sanitation and it will not be surprising to find a farmer ploughing his fields with oxen, while staying in touch with loved ones via a mobile phone.

South Africa is no stranger to this schizophrenic relationship with the fruits of previous revolutions and technology in particular. We often deliberately reject products or inventions that are considered detrimental to employment. (Click to Tweet!) Consider the fact that self-service fuel pumps (an innovation made possible through a combination of the second and third revolutions) have yet to make an appearance in South Africa.  All South Africans intuitively understand what impact the roll-out of this technology will have on already unacceptably high unemployment numbers.

The question, therefore, is not if and when the fourth revolution will come to Africa (it is already here in full force) but rather how we will deal with it? With Africa's leading industries being labour-intensive, there is a high risk of automation that will leave hundreds of thousands of people unemployed. In South Africa alone, almost 500 000 jobs are created through mining, an industry highly prone to automation. Similarly, back office, skilled administrative workers may also be at risk through the increasing adoption of robotic process automation and AI. While labour intensive, union driven, emerging economies may be tempted to simply oppose the adoption of technologies born out of the 4th revolution, competition, globalisation and the ever increasing efficiencies in production and services from established economies will simply result in less foreign investment, slower economic growth and increased unemployment. The answer therefore has to lie in an aggressive but strategic adoption of technology while ensuring that the current and future workforce is adequately prepared for the demands of this rapidly changing environment.

In the African and South-African context in particular, the disparity between the output of the educational system and the skills increasingly being demanded by the advent of the fourth revolution is of grave concern. (Click to tweet!) Students are simply not being prepared to deal with the current rate of change, nor are they equipped with the analytical and technological skills required to adapt, grow and thrive in this environment.

For Africa and South Africa to fully benefit from the opportunities and challenges presented by the fourth revolution it is vital that public and private education align as a matter of urgency around the real skill demands presented to not only transition the existing workforce but to equip today and tomorrow’s learners to take their rightful place in the workforce. Lifelong learning will be paramount to sustain the ongoing rapid technological advances which will impact the workforce of the fourth revolution.

Look out for more insightful blogs on this and related topics to come as we explore this new world of connectivity and data.

Read more insights on the implications of having an industrial revolution in one generation. 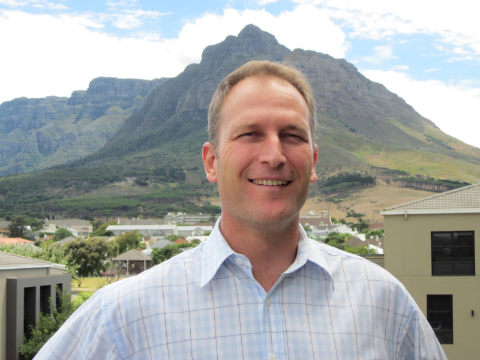 Jaco, CEO of Principa, has over 26 years of experience in the financial services industry specialising in Insurance, Retail and Banking. He is an analytical technologist at heart with a track record of delivering innovative business solutions over a wide geographical region from South Africa to the Middle East and Europe. He serves as leader, motivator and imagineer to one of the finest collections of data, business and computer scientists in South Africa. He holds a Bachelor of Science degree with majors in mathematics and computer science.