Maladies And Misadventures Of A Marketing Analyst

Maladies And Misadventures Of A Marketing Analyst

For a while, we have been running a blog series on cognitive biases and logical fallacies that data scientists should avoid. In this final blog on the subject, we look at some of the other logical fallacies and how they might crop up in data analytics.

The false dichotomy is the assumption of a binary state when there is none.

Either the conclusion is X, or it is Y. 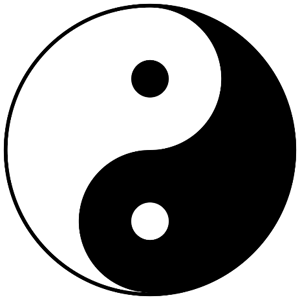 In many cases, there may be other conclusions that the analyst has not considered possible. I first came across an example of this assessing a marketing communication exercise with a retailer’s credit customers many years ago.  We split the population randomly into two groups “A” and “B”. To “A” we allocated vouchers (i.e. get R100 off when you spend more than R300); to “B” we allocated nothing (hold-out).

We measured the results six months later and found no difference in spending. Our then conclusion was that customers were not attracted by the R100 discount offer. We assumed a binary scenario state (either they were or were not attracted by the offer). After subsequent analysis, however, we found that the retailer had forgotten to send out the vouchers to the customers. Our assumption of a binary scenario state was therefore flawed, and we had initially not considered a problem with the test itself. The lesson here is that the world has very few purely binary states and it is worth thinking more broadly about other scenarios.

When setting up tests in data science, occasionally one is faced by unintended consequences of the test (also known as the “Cobra Effect”). In the British colonial days in India, the British government was concerned about the number of venomous cobras in Delhi. They established a bounty for every dead cobra. While many killed cobras, some enterprising people began breeding cobras too. The British then scrapped the programme, and the bred cobras were set free causing a bigger problem than before.

This phenomenon is also occasionally seen in the marketing space. I have personally come across it in account management strategies where a retailer attempts to reactivate a dormant account (the account had no spend on it for six months) by offering them vouchers to start spending. This strategy led to many customers spending the voucher and then purposely going back to being dormant as they knew they would receive another voucher in a few months again – an unintended effect of a marketing strategy.

This is a continuous matter of debate in data analytics. It deals with the matter of “explainability” in the data. If I can’t understand a trend should I trust it? The advice is to be sceptical, but also be prepared to trust unexplainable trends particularly if they are shown to be consistent in multiple data sets.

We have written more extensively about this is in our blog Automation And Machine Learning: How Much Is Too Much?

There are a host of other informal logical fallacies and cognitive biases some of which manifest themselves in data science.  If you’d like to read more, I’d like to recommend the following graphics here, here and here or you can scroll through Wikipedia who has excellent entries on each fallacy and bias.

2021: Pursuing the pockets of profit

During the COVID-19 crisis, the media has focused much on the weak economy and stressed South African consumers. Figures show an increase in unemployment and for those lucky to be employed, many suffered decreased earnings through salary cuts. All this points to a highly strained economic environment.

Are we entering a mortgage provision spiral?